May is Migration Month 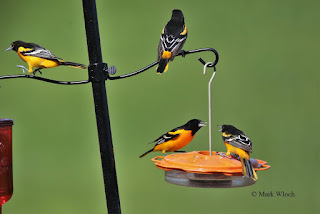 May is off to a spectacular start in terms of bird migration.  On Saturday May 1, my first Rose-breasted Grosbeak of the year arrived in my yard. 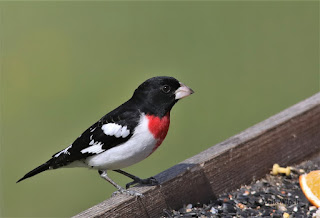 Then around noon what appears to be a Lesser Black-backed Gull cruised by, along the edge of my bluff. The gull would be 161st species on my yard list if ID is confirmed.  If you have any opinions on it send me an email at the address near the bottom of the page. 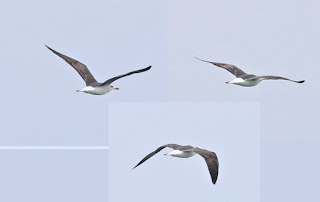 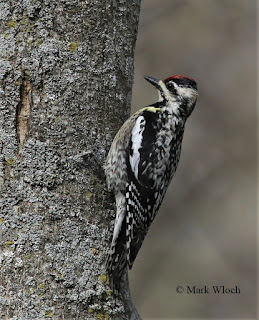 As good as Saturday was, it was just the undercard to Sunday's main event.  The Birdcast Map below shows that Doppler Radar sites across the lower 48 detected at least half a billion birds in flight during each 10 minute interval between 11:25 pm Saturday until 2:45 am Sunday morning. 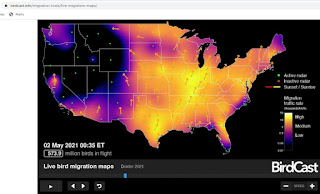 The wave of birds brought the first Baltimore Orioles of the year as well as 10 other species.  As it goes with Orioles a dispute over the feeders quickly developed. 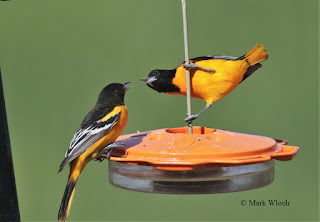 And a clear underdog was soon revealed. 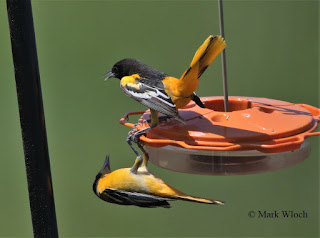 I added two more to the yardlist a Blue-winged Warbler which I was unable to photograph and a marginally more cooperative Northern Waterthrush.  The Waterthrush momentarily entered a less obstructed hole in the brush and allowed me to get a few manually focused shots. 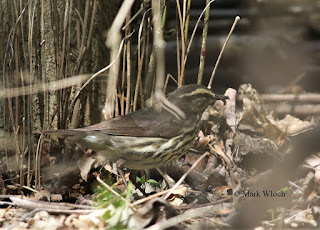 Other warblers to arrive on Sunday were 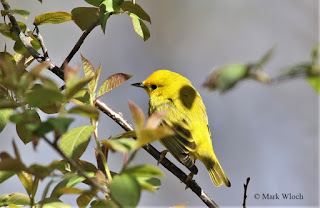 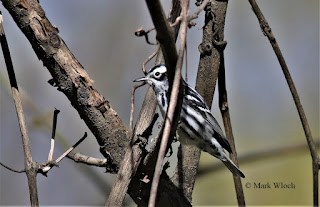 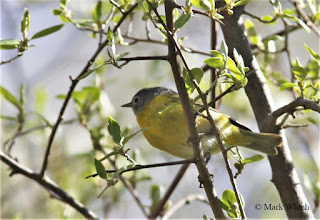 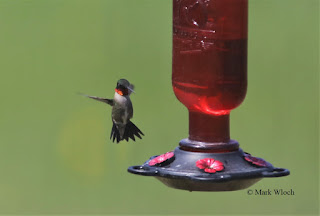 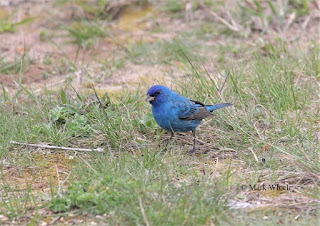 Other first of the year birds arriving Sunday but not pictured were House Wren, Common Yellowthroat, Gray Catbird and Chimney Swift
Although today started dingy and gray and only got worse when an all-day drizzle developed I had two more 2021 arrivals in the yard, Eastern Kingbird and.. 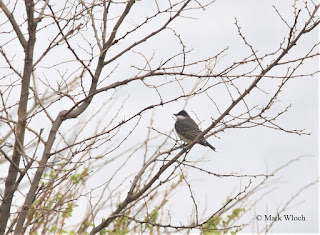 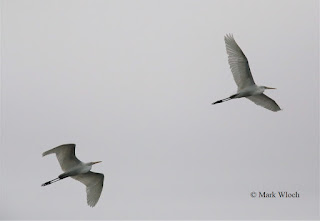