Got an early start today.  Woke at 0230 AM ate, fed the cats (later found out that the cats feigned hunger when my wife woke up and earned a second breakfast this morning), loaded the car and was on the road by 3 AM.  The reason for the middle of the night departure was the state's first record Crested Caracara that has been in Munising since the first of the month.  Although I live halfway up north it still took 5 hours and 50 minutes to get to Munising.
The birding gods were smiling upon me as I arrived and found the target bird perched unobstructed, and properly illuminated, in a dead tree at the Anna River boat launch parking lot, After about 10 minutes, the bird flew north  a couple of hundred yards toward the mowed fields of the paper mill.  It returned a short time later and hunkered down in dense foliage at the fence line of the paper mill perimeter. 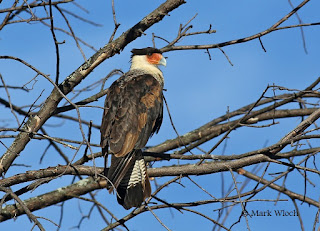 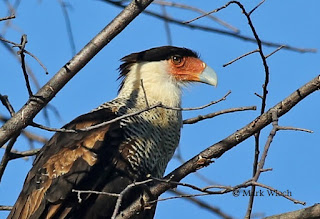 With phase one of the day's itinerary a success I packed up at 10:30 and headed back to the lower peninsula for an out of season Snowy Owl in Gaylord.
This bird was almost as easy to find as the Caracara but at a distance of at least a quarter mile the thermally distorted photos obtained of the owl are borderline useful for documentation and trash-worthy for any other purpose. 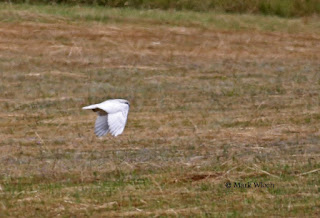 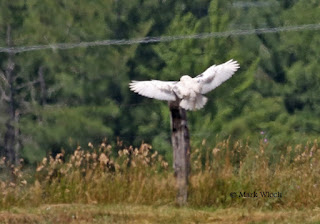 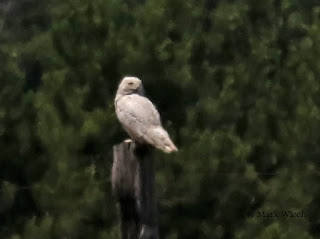 This unusual pair of rarities had me wondering if the two species ever occurred simultaneously in the same state with the Snowy Owl being over 100 miles south of the Crested Caracara,

Here are some other birds from the Caracara stake-out area. 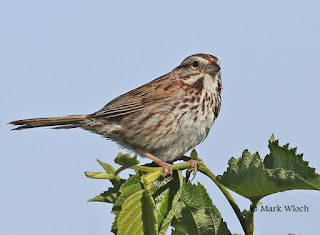 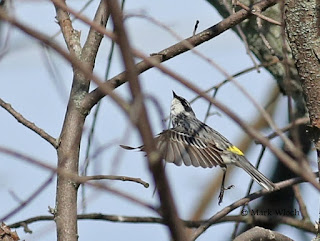 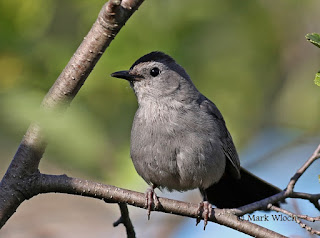 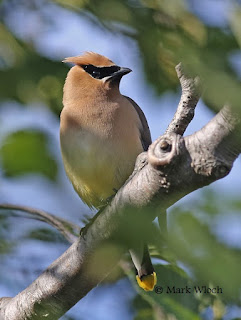