The mission that I've been assigned (by Dave Dister) since I moved to the lakefront two years ago is to find a Barrow's Goldeneye among the thousands of Common Goldeneye that overwinter on Lake Michigan near Ludington.  That search had me out at the edge of my bluff this morning taking advantage of the calm winds and 30 F temperature scanning flocks of ducks with my scope.  I struck out on a Barrow's but I found an adult male Surf Scoter hanging with a couple White-winged Scoters at quite a distance offshore.  Even with my 500mm lens plus 1.4x converter I couldn't see it through the camera, so I just aimed in the general direction that my scope was pointing.

After the Scoter discovery I notified the proper local bird authorities and invited them to come take a look.  Dave came by around noon, he was also enticed by promises of White-winged Crossbills.  Once Dave arrived it took about 10 minutes of scanning the flock to locate the Surf Scoter.  While he was looking through my scope I used his scope to hone in on a flock of White-winged Crossbills that landed in one of my spruces. 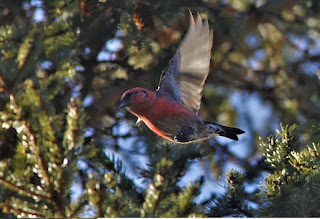 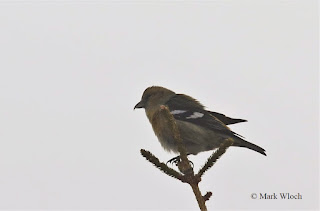 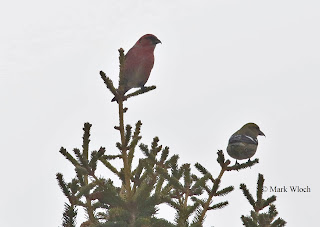 A little while after Dave left and I had put my scope away, Brian Brosky texted that he'd be in the area in about an hour, I told him that I'd try to relocate the scoter before his expected arrival.  It took me 2 complete flock scans and about 45 minutes to refind the duck that was now mixed in with 20 White-winged Scoters.  Brian arrived shortly thereafter. During that search I found a single Black Scoter which completed the Scoter Trifecta.
Other winter birds of interest.... 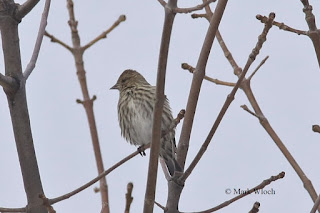 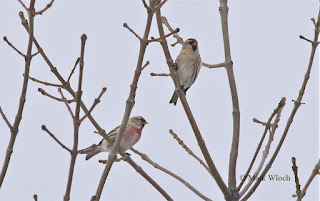