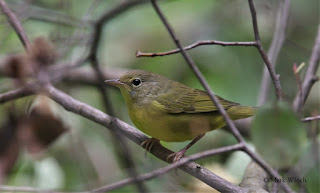 A dozen or so warblers swarming around my mulberry tree prompted me to search for a possible rarity among the tree debris left by a windstorm earlier in the month.  I was rewarded with good looks at Bay-breasted, Chestnut-sided and Wilson's Warblers.  But the highlight definitely was a Mourning Warbler.  The first year female was a little challenging to identify but it stood still long enough for me to get some photos. Shoot first ID later.  It is a new addition to the yard list which now is up to 171 species. 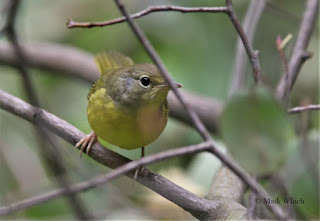 Here are some of the other warblers that were present today.