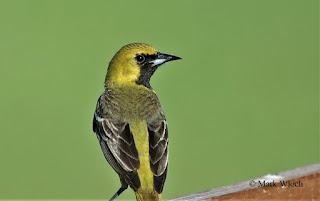 Orchard Orioles stopped by yesterday, nearly two weeks since the previous visit for a couple of days early in the month.  This time it was a pair of males, one adult and one immature. 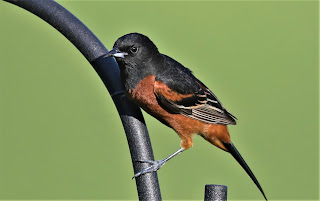 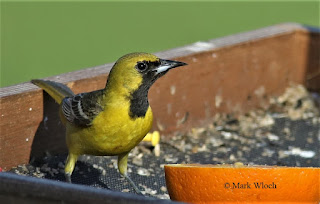 The Baltimore Oriole activity has slowed over the past couple of weeks, with only 3 or 4 per day versus the 10 to 20 that had been destroying the oranges that I provided. 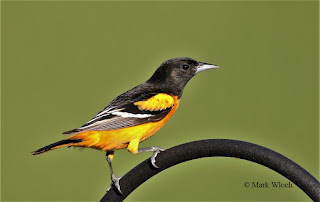 I've been witnessing an apparent dispute among the Eastern Bluebird pair that have been hanging around my yard.  The male seems thrilled with the nestbox that I provided. He keeps going in and out then flying back to the female perched nearby.  The female on the otherhand will only go as far as landing on the box for a few moments before flying away.  I've yet to see her enter. 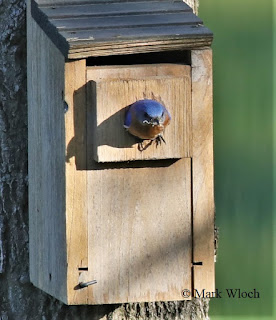 Posted by Mark Wloch at 1:00 PM No comments: 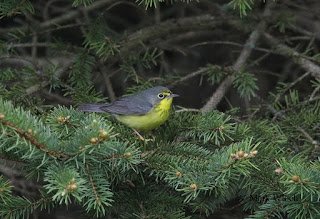 It took 4 years and 9 months to record 133 bird species at the house we moved out of last fall. Today I reached that total for the new yard just a day short of 6 months since moved in.  The new birds included a pair of Canada Warblers (female shown above).

A pair of Blue-winged Teals.
The 132nd bird, a Wilson's Warbler would not sit still for a photo but #133, a Warbling Vireo, momentarily came out from behind the leaves to be documented. 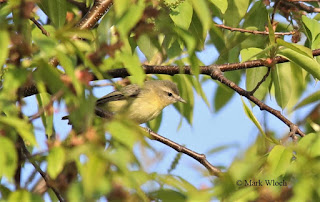 Other birds of interest photographed today were


I saw a couple of adult Bald Eagles fly over today but this one was cooperative enough to wait until the clouds and fog dissipated. 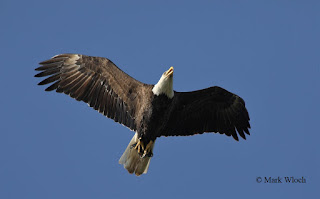 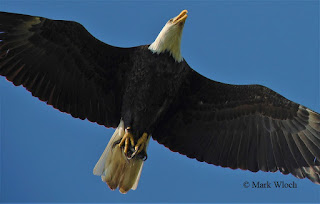 Posted by Mark Wloch at 8:44 PM No comments: 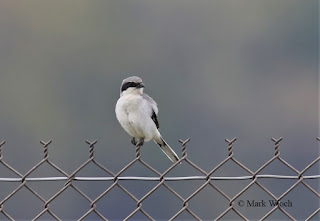 This afternoon Dave Dister called to report that Matt McConnell found a Loggerhead Shrike on the perimeter fence at Mason County Airport.
The Shrike is the prime suspect in the death of this impaled insect.. 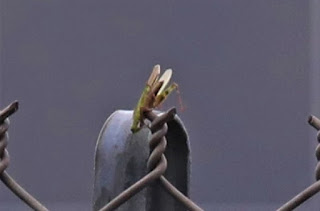 Posted by Mark Wloch at 3:38 PM No comments: 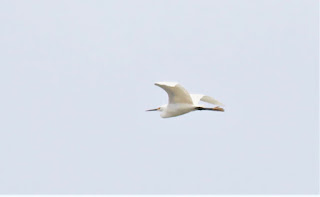 WOW. Didn't have a Snowy Egret on my target list of possible yard birds.  But after work this morning while I was scanning the yard through a slight mist, I noticed a white egret flying out over Lake Michigan.  I initially thought the distant bird was a Great Egret but photos revealed the yellow feet that indicated that it was a Snowy Egret. According to Dave Dister it was only the third Snowy Egret ever recorded in Mason County. 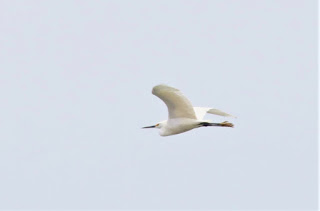 
New bird not photographed was a Great-crested Flycatcher.  Yard list is now at 125.

Other birds of interest were yesterday's new bird American Pelican which were represented with a group of six which passed by on the inland side of the house. 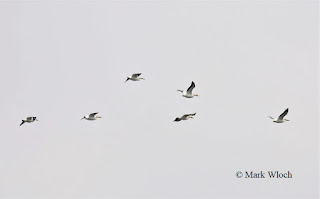 ...and a Magnolia Warbler 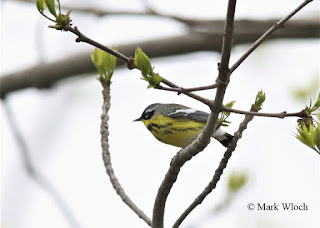 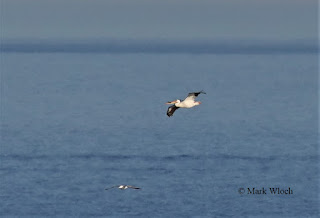 Since I moved to the lakeshore I've suspected that one day I'd add an American White Pelican to my yard list.  I came close on Sunday when I was leaving my worksite a mile up the road and noticed a group of 6 Pelicans off shore from the plant.  I quickly drove home, grabbed the camera and raced back to work but the birds had left by the time I returned.  At the time I thought if I had headed to edge of my bluff I may have been able to get a flyby shot as the small flock moved on.
This morning I did some yard birding after work. From the edge of my bluff I noticed a large white bird off shore from my worksite.

After just a few moment the large bird took flight and fortuitously headed my direction.
Also this morning while birding the street-side of my property I noticed a motionless doe with a distressed look.  I initially thought she might be injured but a view through binoculars revealed the reason(s) for her anxiety.
Red-headed Woodpeckers are being seen daily, usually flying over but this one stopped for a snack. 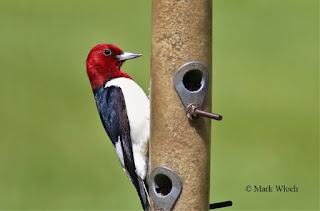 A couple of other photogenic birds also posed for portraits. 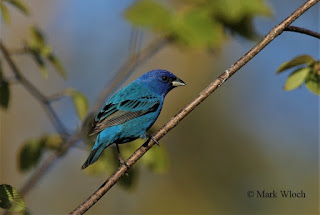 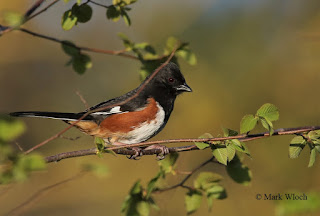 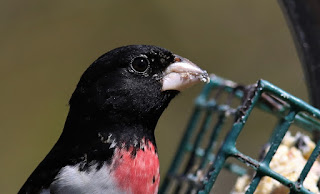 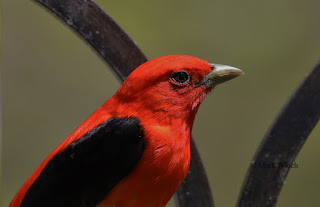 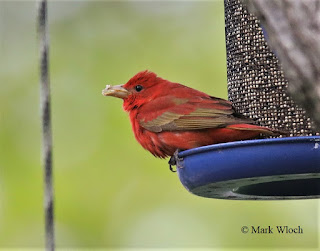 I was delayed in finding a voicemail from my doctor because my phone had been on the charger. It was not a typical message from a health care provider, rather he had a Summer Tanager visiting his feeders.  But by the time I found the voicemail and drove to the location, the evening overcast light was fading and I had missed the bird by about 10 minutes.  Luckily the bird stayed overnight and I was able to get some photos this morning. 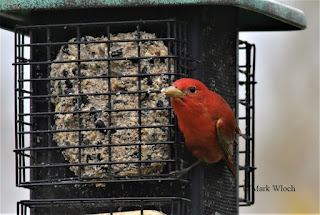 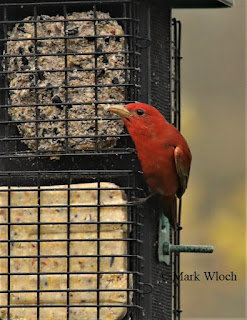 I've added 4 new birds to the yard list since the last post and was able to get photos of each one.

The southeast winds overnight brought a great variety of migrating birds to my yard.  I ended up with 60 species for the day which included 8 that were new to the yard list.


The only new bird that I wasn't able to photograph was a male Scarlet Tanager that flew over while the camera wasn't handy. Regardless the yard list is up to 114.
Other birds of interest in the yard this morning..... 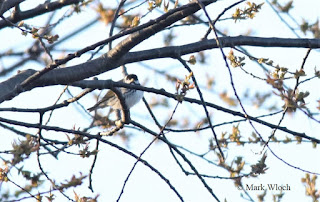 Posted by Mark Wloch at 5:10 PM No comments: